Roofing in the Winter

Yes! We do roofs in the winter.

Here at William C. Rott, we love working in the winter and fully believe that any damage done by winter can also be fixed in the winter.

You’ve probably seen our advertisements recently about repairing roofs in the wintertime. And as great as the response has been, we’ve also received quite a bit of skeptic comments about if this can truly be done well.

A lot of people ask, “Don’t you need heat from the sun to help seal the shingles correctly?” The buzz is: “If you repair a roof in too cold of temperatures, the shingles won’t stick to each other, and they’ll easily blow off. That’s why a lot of companies won’t warrant the work they do in the wintertime.”

So, we’d like to set the record straight; to answer the question:  Is it possible to properly repair a roof in freezing temperatures?

Manufacturers, while they don’t say you can’t install their shingles in the winter temps, they advise caution and give preferred temperatures.

Manufacturers make recommendations that line up with the experiences that they are subject to with the typical roofer that installs their product. But the reality is, blow-offs are generally not due to time of install unless of course, you don’t nail it properly.

Some roofers don’t nail the product properly. So, in the wintertime, that becomes the big problem we are now discussing.  These roofers depend heavily on the sealant strips because of this bad nailing. So they build their recommendations regarding temperature around those “on average” realities.

We, on the other hand, on average, year after year, do not have these problems, because we nail our shingles right. We are a 100-year-old company that has done our roofs year after year in Buffalo winters, and really stand behind them. If someone has a blow-off, almost without exception, we would be able to show you the reason why is that they nailed too high. Or they nailed it too deeply.

To prove our point, and put our money where our mouth is, we include coverage within the first year, for wind damaged repairs up to wind warranties of the manufacturer, which are mostly 90 and 130 mph depending on the product chosen. Note, this is far beyond the level of 56 MPH which is called severe wind force, where homeowners insurance will typically cover for.

So, while we do realize the evidence in most cases with other roofers points to it being a problem, we have abundant evidence of our own, that tells the better story; one with a much happier ending.

After 100+ years of experience, we’ve done plenty of roof repairs despite the Buffalo snow. Here are our 3 main reasons why we actually think it’s better to repair your roof during this time of year… 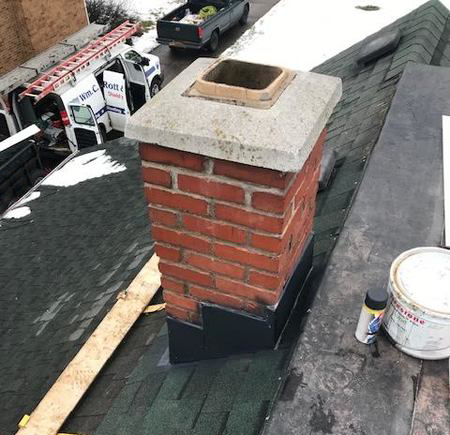 New chimney flashings on a home in Amherst. 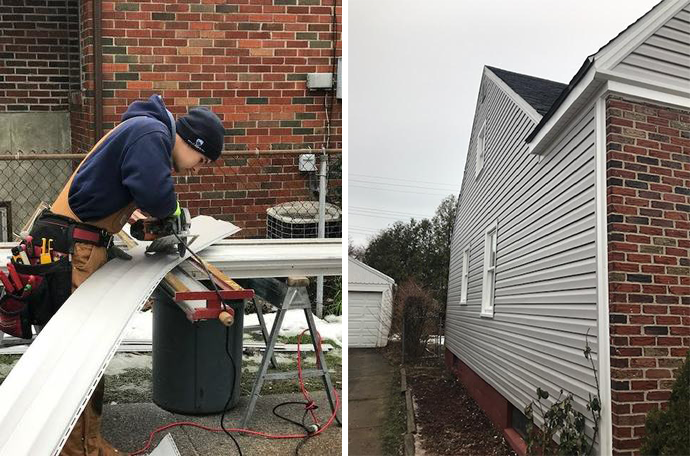 Cold weather is no match for this siding job in Kenmore. 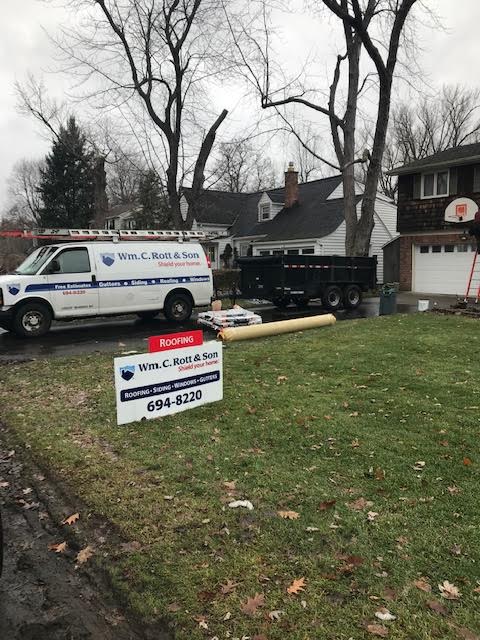 Shielded this home in Williamsville for winter with a new roof. 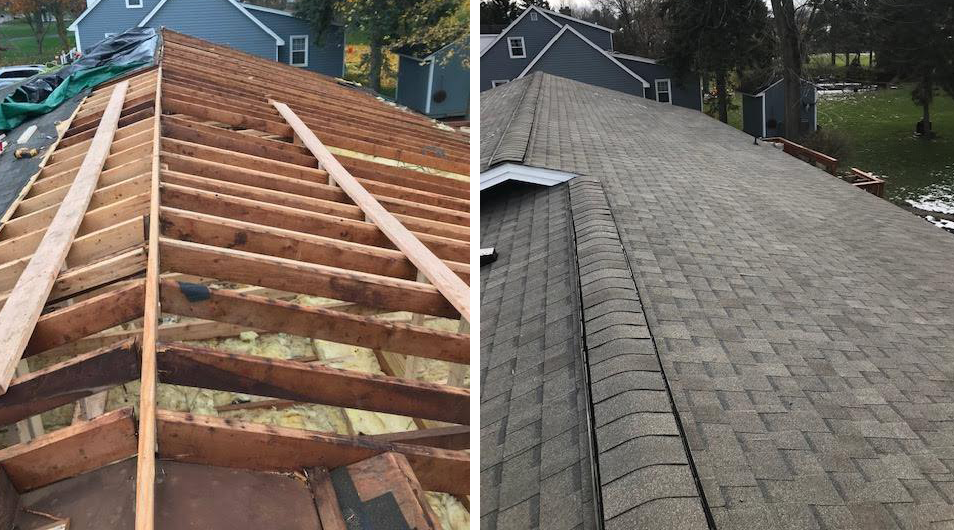 Before and after of a roof in Clarence.

If you are in need of a roof siding, chimney, or window repair, contact us via our website or Facebook to ensure the job is done right.