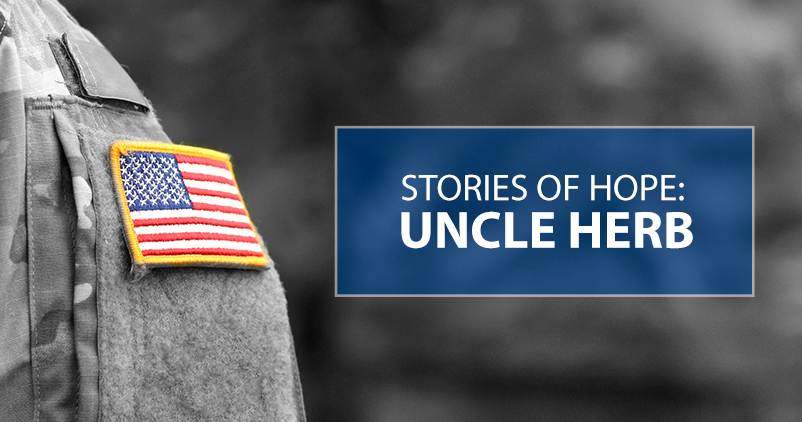 When my father talks about when he was a young boy, those experiences often surprise me.

One of his stories, more often told, was of his uncle Herb Rott.  Uncle Herb was his dad’s younger brother who fought and was wounded, in World War II.  Some of the details of that were not known until after Uncle Herb’s death, when his wife, Helen, invited my dad and his younger brother Jerry to come to visit and receive the medals, and other things left by her husband.

It was only then, that the missing pieces of the puzzle were discovered, and fit together, giving new revelation, and garnering renewed respect and admiration for this favorite uncle.

Uncle Herb had been fighting in the Pacific Theater, and on the third day of the battle to take Okinawa, where many soldiers fell (giving the last full measure), Uncle Herb was severely wounded, and in fact, lay underneath several corpses for days.  He was presumed dead.  As the battle raged, retrieval of bodies was slow.  However, as they were able, they came across this young man, who to their surprise was still hanging on.

He was shipped/flown to a hospital where they removed as much of the shrapnel as they dared from his chest.  So began his long period of healing.  Uncle Herb was sent stateside, eventually.  When home, and still healing, my father distinctly remembered one related event.

A neighbor, whose son Herb had gone to school with, came over, and in her distress, at the loss of her son, pounded on Uncle Herb’s chest, (the wounded chest), saying, “Why? Why did you make it back but my son did not!?”

At the time, my father didn’t know the extent of his uncle’s wounds, and what amount of physical pain he must have felt, as well as emotional and mental anguish.  Herb never complained.  Instead, he chose to work and start his own business as a milkman, calling it Queen City Dairy.

He would work 12 to 16 hours a day, starting at 3:30 in the morning, picking up the milk at the farm or dairy plant.  My dad got to work with his uncle as a young man, doing deliveries, Uncle Herb, hearing my dad was struggling with multiplication tables, took it upon himself to drill him mercilessly, until he knew them frontwards and back.  At the time he was not particularly thankful, but of course, understands the love now.

Uncle Herb’s story was one of determination, never blaming others for the struggles and tough luck he had.  He was instead choosing to be thankful and pursued his dream to be successful.

Truth was, Uncle Herb was the kind of guy that everyone liked.  When he would speak with you, he would ask with clarity and sincerity, about how you were, and what was going on in your life.  You had his full attention.  So, as he made his way, he eventually bought a small local bowling alley, and then sold that, and bought about 10% of a 100 lane alley, eventually owning the business outright himself.  He had in fact become rich, a millionaire.  This man, who is left for dead on the battlefield, where all seemed lost, as his life ebbed away, this man who must have wondered, “Why me?”

So, when all seems lost, or really, really bad, remember, that’s not all there is.

As an aside, years later, my dad’s Uncle Herb visited our house in Pendleton, when we were young, along with my grandfather.  As my grandfather played with his five grandkids, Uncle Herb, put his arms around his two nephews, looked at his older brother and said, “Now there is a truly rich man.”, meaning my grandad.  My granddad, while working his whole life, was not wealthy in the material world, but clearly had what Uncle Herb realized truly mattered. 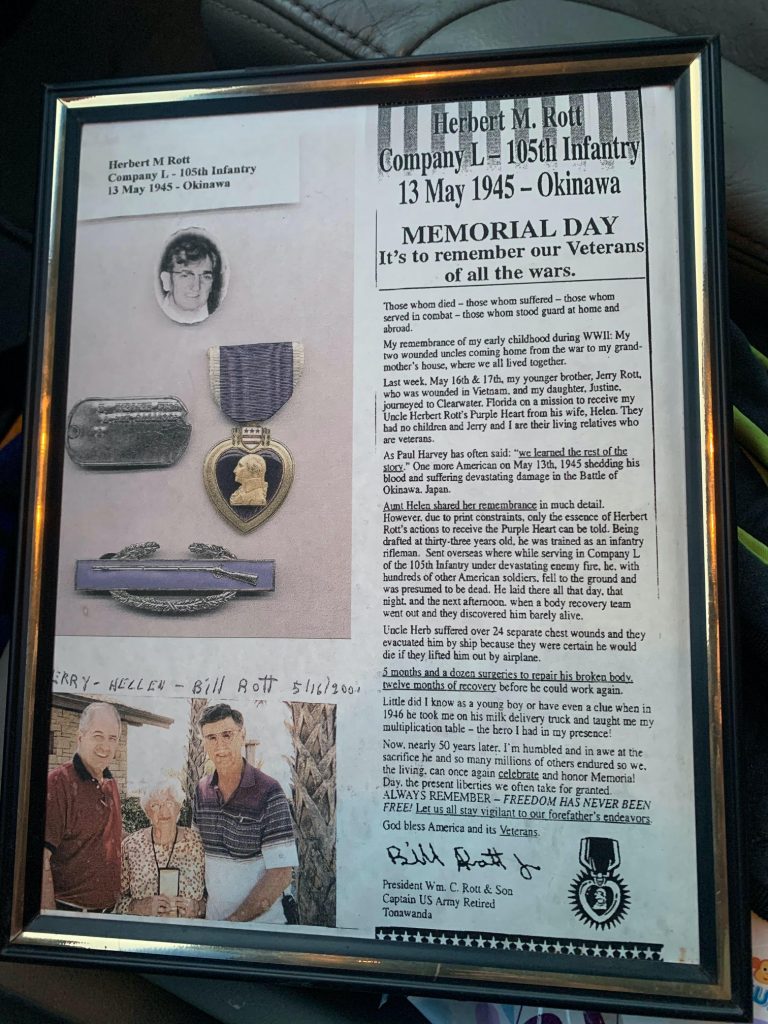 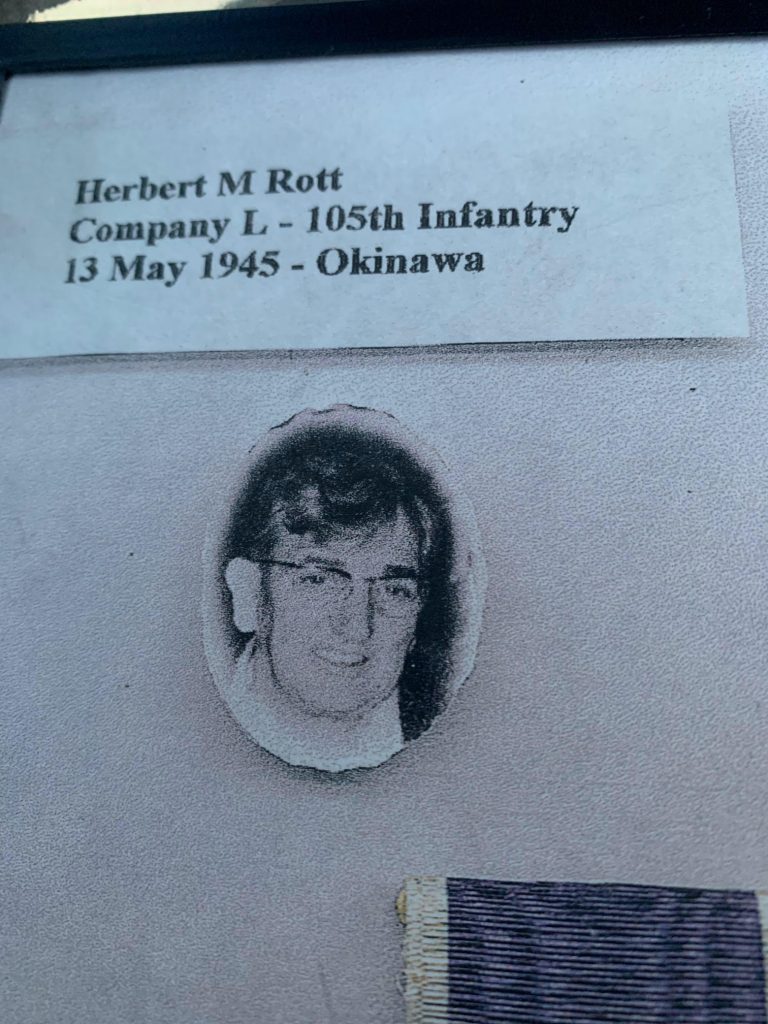 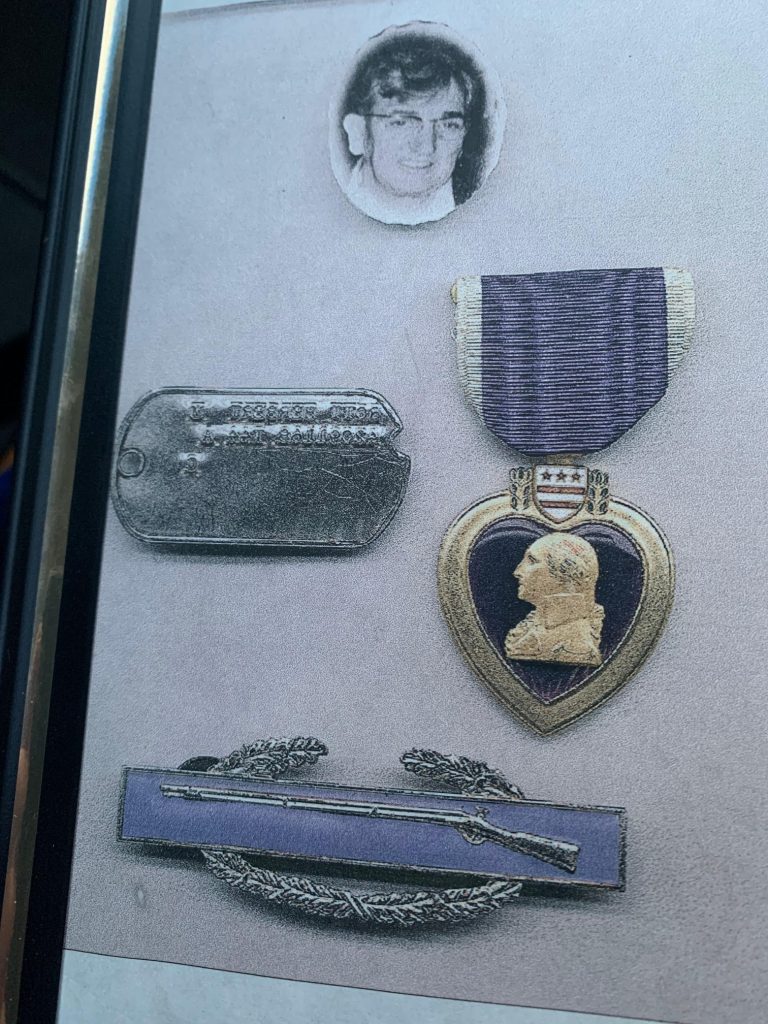 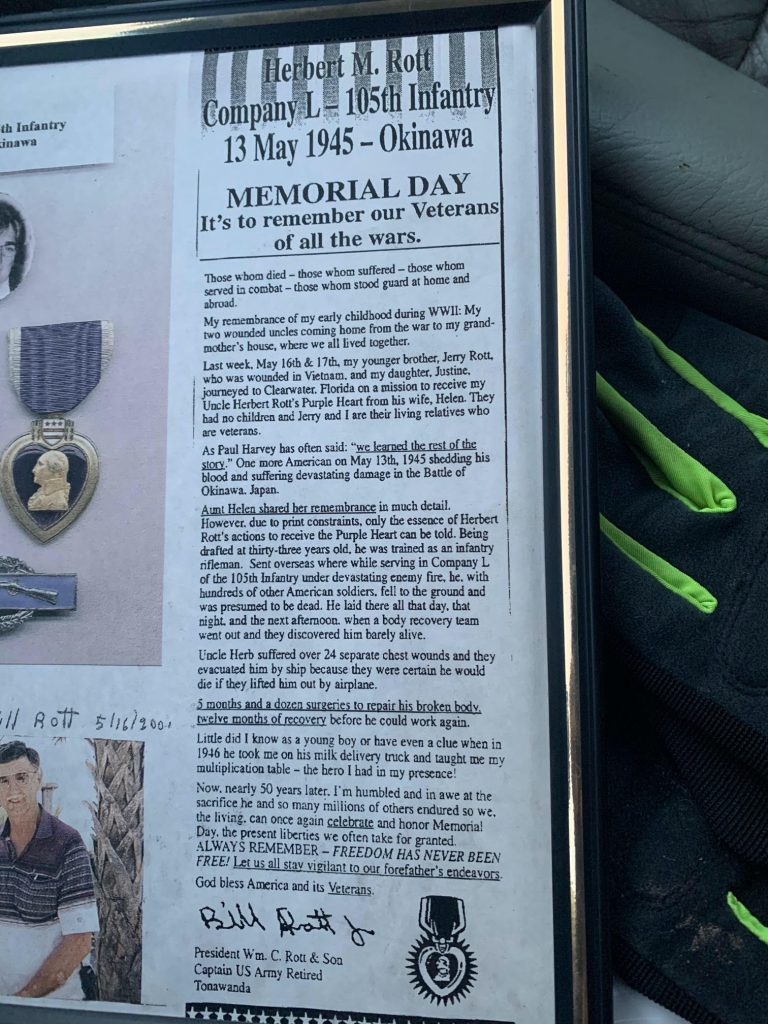