Is Your Roof Ready For Winter?

Let’s face it… Winter is coming. As Danny Neaverth puts it during Steve’s interview with him on WNY Living, the weather in Buffalo can be unpredictable (to say the least!) So the question is, is your roof ready to handle the harsh winter?

Now is the most important time to make sure that your home is properly protected before that harsh weather really kicks in. Even if it’s just a small problem now, those problems can amplify when the winter hits. If it’s an issue you’re suspecting, it’s so important to act on it now before it’s too late!

Make Your Roof Beautiful Again With a Roof Cleaning!

What is with these black streaks appearing on roofs in Western New York?!

No, it’s not dirt. It’s not defective shingles. It’s actually blue-green algae that grows on the north side of your roof, where the sun hits less and where moisture hangs around. The algae feeds on part of the filler in your shingles, making your roof a great home for them.

Could you imagine this happening to you? Mary Lou came home to a sunken roof!

After realizing what had happened, there was no time to waste before giving William C. Rott a call.

Is There A Roof We Can’t Do? We Don’t Think So!

When it comes to roofing, not all jobs are the same. Each job presents its own difficulties; some more than others. As we look through our extensive catalog of jobs completed, two roofs in particular stand out: East Aurora House and West Utica House. These houses were especially difficult because of the unique shapes and angles. 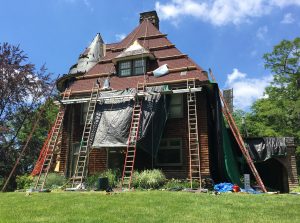 Why Do We Only Replace Two Shingles During A Roof Tune-Up?

A lot of people ask, “Why will you only replace two shingles during a Roof Tune-Up??”

Because he said so. Just kidding!!

A Roof Tune-Up? It May Be Exactly What Yours Needs!

When it comes to roofs, minor issues can cause major problems. It is often the leak you are unaware of that causes the most damage—rotting out rafters or even walls. Identifying these problems is essential for proper roof maintenance.

My kids would rather assume the worst of each other and hunker down for an all out, “I am right, and you are wrong!” hoedown throwdown!

So consequently, it seems like it’s fight night every night at the Rott house.

Roof Repair In The Winter? It Can Be Done!

We have been in the business of roofing since 1909. With over 100-years of experience, we have learned that damage done by winter can also be fixed in the winter.

Yes, that’s right, we will do what many will not attempt, and we guarantee that it will be done well!

Why repair a roof in the winter and not wait until spring or summer? The answer is that there is a problem that needs to be fixed as soon as possible. 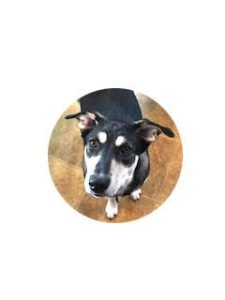 My wife came in the house Saturday afternoon. She whispered squeamishly that she had come upon a squirrel, who appeared to be expiring in our driveway. I went outside and found a shivering, wet, and immobile little squirrel.  The poor thing lying helpless on its side. For pity’s sake, my wife thought asphyxiation would be the thing, offering to fetch a plastic bag. Even though she was probably right, I choose to err on the side of, ‘you never know’. What can I say… I don’t possess the Kevorkian gene.

So instead, we scooped him into a cardboard box, and wrapped him in a towel. It looked more than a little bleak, but he seemed to appreciate his last rights care. I checked on him a couple times, without hope. Upon the third inspection, he was up right, seemingly dry, and alert. He seems to have recovered and was very excited over our garage and care.

Similarly people may have a roof that seems to be breathing it’s last breath. Leaking more fluids than an expiring tree rodent. Others may write it off and recommend a plastic bag, but it’s not uncommon for us to save what appears lost.

That squirrel’s recovery was possible due to an answered prayer. A reminder that it is always worth a little more investigation. Now I smile when I hear the rustling tree branches around our home, a nostalgic reminder of rodent repair. A squirrely lesson to never give up.